Who is The Thrifty Stitcher?

The Thrifty Stitcher is run by Claire-Louise Hardie,The first and original Sewing Producer & Mastermind for The Great British Sewing Bee( Series 1-4). She offers bespoke, small sized, friendly sewing classes for aspiring DIY dressmakers Across the UK at various sewing studios- see calendar for specifics. In her spare time Claire-louise is undertaking a Masters Degree at London College of Fashion!

Originally trained as a Costume Designer at The Royal Welsh College of Music and Drama, Claire-Louise has worked in all aspects of Costume for Theatre, Film and TV with an impressive CV of employers that includes-
ITV:The RSC:The Royal National Theatre:BBC: Regent’s Park open air Theatre and “The Audience” with Dame Helen Mirren.
Her diverse professional experience made her the perfect candidate for the role of Sewing Producer for TV's ``Great British Sewing Bee`` A role she's done since 2012 when the show was first developed.
In 2009 Claire-Louise began teaching sewing in Stoke Newington and through her teaching has regained a love of dressmaking for herself.
When not teaching at The Thrifty Studio she's also a Love sewing Magazine columnist: A Sewing Bee Author, as well as a Costumier
Her first book: ``The Great British Sewing Bee- Fashion with Fabric`` won best sewing book 2015 in the British Sewing Awards. The book accompanied the third series of the hit TV show

Want to see some of  Claire-Louise’s Masters research? Check out her contribution to the V and A’s “Shaping Fashion” exhibition. A truly once in a lifetime experience!

Known as ‘The Master’ of haute couture, Cristóbal Balenciaga produced some of the most influential designs in the history of modern fashion. The V & A  invited students from the London College of Fashion to investigate iconic garments by Balenciaga, deconstructing his processes and revealing secrets of their making and construction using digital pattern-cutting technology.

Curious about what it’s like to work backstage on a West End show? Watch Claire-Louise’s “Day in the life of a Wardrobe Mistress”

Watch this video to discover how becoming a teacher re-ignited my passion for sewing for myself, plus a sneaky peek inside my sewing studio! 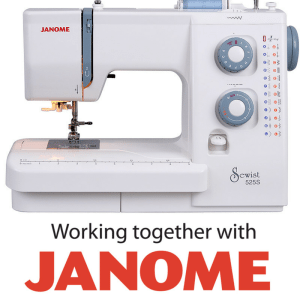